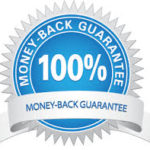 EPA studies the link between air pollution and asthma so that action can be taken to reduce the health burden associated with the disease. Childhood asthma research at the Agency covers a variety of topics including the impact of certain air pollutants on asthma, how exposure to air pollution may contribute to asthma, and which children may be particularly vulnerable.

Three recent studies on children’s asthma are highlighted below.

This studyEXIT reported that low levels of outdoor ozone were associated with respiratory changes and other outcomes in African American children with difficult-to-treat asthma, even when they used asthma therapies such as inhalers to modify the adverse effects of air pollutants.

EPA collaborated with investigators at the University of North Carolina in Chapel Hill to study the health impact of ozone on African American children with moderate-to-severe persistent asthma who live in the Raleigh, North Carolina area. Results demonstrate that ozone exposure at levels lower than the National Ambient Air Quality Standard (NAAQS) for ozone was associated with pulmonary and other changes in African-American children with persistent asthma.

The study concluded that ozone may impact at risk populations even at low concentrations and that the impact is more widespread than just respiratory outcomes.

Exposure to Coarse Particulate Matter Linked with Asthma in Children

In a study funded in part by EPA,EXIT researchers from Johns Hopkins University found that children exposed to outdoor coarse particulate matter (PM10-2.5), were more likely to develop asthma and need emergency room or hospital treatment for it. Coarse PM can come from roadway particles such as brake and tire wear, and mixtures of road dust and metals.

This finding is significant because while researchers have generally found that exposure to fine particulate matter (PM2.5) is associated with the development of asthma and other respiratory and cardiovascular diseases. Coarse particulate matter was thought to be less harmful, in part because the larger particle size prevents penetration deep into the lungs. However, coarse PM can deposit into the airways, and recent research suggests that short-term exposure may be associated with cardiovascular and respiratory disease.

Researchers analyzed a dataset of nearly eight million children ages 5-20 enrolled in Medicaid in 34 states between 2009 and 2010. They found that exposure to coarse PM was associated with increased asthma diagnosis, hospitalization, and emergency department visits; and children ages 11 years and younger were found to be the most susceptible to adverse health effects from exposure to coarse PM.

Researchers hypothesized that this was because younger children traditionally spend more time outdoors and their respiratory systems are still developing. This is the first analysis of long-term effects of coarse PM on asthma in a nationwide sample of U.S. children.

A recent studyEXIT funded by EPA provides novel information on the relationship between air pollution and asthma.  While researchers do not fully understand how air pollution exposure increases asthma prevalence, evidence suggests air pollutants suppress genes that regulate the immune system’s ability to differentiate an allergen from a dangerous foreign substance, such as a virus or bacteria. The immune system then goes into action, setting up an inflammatory response whether the substance is harmful or not, which leads to asthma.

In the study, researchers from the Children’s Center at Stanford University examined the impact of air pollution on two genes involved in immune tolerance in children from an area known to have high air pollution levels. Researchers found that short-term and long-term exposures to high levels of carbon monoxide, nitrogen dioxide, and PM 2.5 were associated with alterations to these two genes and those alterations were significantly associated with asthma. These findings provide insight into the epigenetic effects of exposure to air pollutants and could inform the development of preventative treatments for asthma.

Each of these asthma studies have advanced our understanding of childhood asthma and provided EPA with critical information that can be used to help protect human health and the environment.

Pollutants from outdoors can migrate indoors, and asthma triggers that are generated indoors can also exacerbate asthma. To learn more about other asthma resources and indoor environmental asthma triggers, visit EPA’s asthma page.

You can learn about asthma and outdoor air pollution by visiting the. 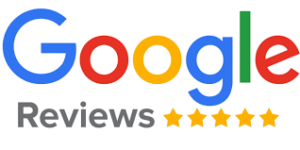 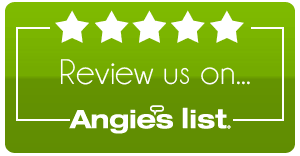 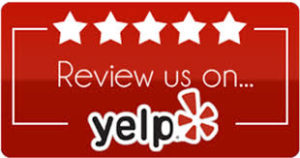